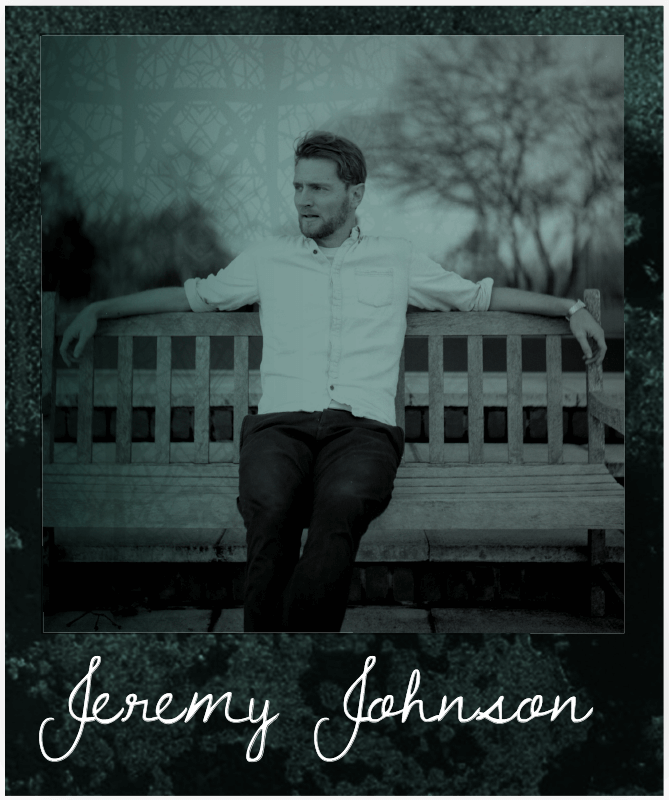 Thank you for your interest in supporting Jeremy Johnson! Please utilize these high-resolution logo files, bio pictures and brand guidelines to maintain the Jeremy Johnson brand.

Represented by Revolution Agency in The Netherlands.

Represented by Apres Ski Bands in The French Alps

With a voice described by Americana UK as ‘Superb… distinctive and interesting’ and guitar driven songwriting described by A&R Factory as ‘One of the most beautifully poised, tentative guitar progressions I’ve heard in a long time’, Jeremy Johnson is quickly becoming an internationally recognised singer-songwriter and performer.

It is little wonder then that since becoming a full-time musician in 2018 and despite choosing to remain independent and self managed, Jeremy has been asked to provide live support for Scott Matthews, Ben Ottewell (Gomez), The Feeling and Paddy James.  Strong support from BBC Introducing, including a performer slot at Hay Festival and airplay on Tom Robinson’s 6 music show has helped Jeremy settle into the UK music scene.  But this perpetual nomad is never more happy that playing shows in new places, continuing to tour extensively through Holland, Germany, France, Spain and Portugal in his tour-bus/mini-home, ‘Greenie’.

The songs Jeremy performs tell of hard won life experience, existential philosophy and adventures of the heart, born from travels to all corners of our planet.  The seeds of his songwriting stretch back to 2009, given time to grow and mature, his fully formed compositions came to light in 2016 when Jeremy began increasingly exploring music as a full-time adventure.  With two albums and a live EP under his belt, it would seem Jeremy is here to stay.

“Jeremy is a stunning performer with lush songs and beautiful lyrics”

“Johnson has a superb voice which really shines through. His range goes from light tenor to deep sonorous tones which works well with his often melancholic and very personal lyrics.”  ~ Alan Fitter // Americana UK

“You nearly had me in tears then, what a beautiful song!”  ~ Jon Wright // BBC Radio